This Theater was located 63 W. Madison Street.  There was one screen.  The capacity was 300 seats.  It was one of the many theaters near the intersection of N. Clark Street and Madison Street. It opened in 1910.  It was owned by Harry C. Moir.  He also owned the Morrison Hotel, Boston Theater, and the Alcazar Theater.  In the late 1920’s, it was demolished to expand the Morrison Hotel. 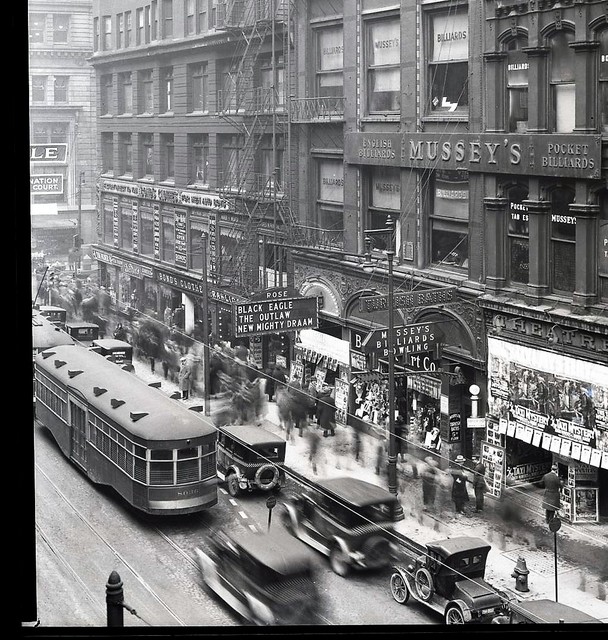