The first Lee County Courthouse was built in 1894.  It was a two story wood building.   The structure was a compromise.

The saga of the replacement of the wooden  building with a more ornate structure was the story of competing interests of Bill Towles (Chairman Court Board) and Harvie Heitman ( business entrepreneur). 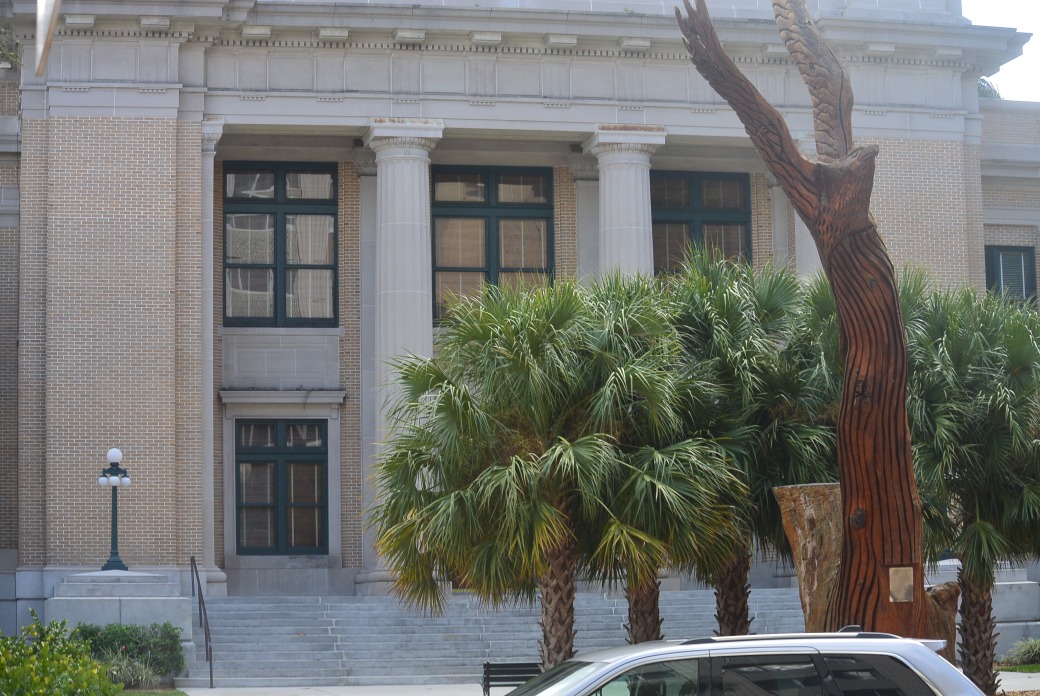 It was Mr. Towles goal to replace the wood courthouse with a more ornate brick and granite building. In 1914, he brought up the matter with the County Board. He orchestrated the approval of the measure.  An architect was hired and a construction contract was awarded for $74,900.

Equally determined to derail this project was Harvie Heitman.  He successfully stopped the project with court injunctions twice. Each time the project was rebid, the cost was increased.     The final contract was awarded to F.P. Heiner of Atlanta.

The Old Lee County Courthouse is located on 2120 Main Street.  It was designed by Francis J. Kennard.  It was built in 1915.  The style was Neoclassical.   Its outside walls are brick and granite.  There are two porticoed Doric columns at the front entrance.  The lobby is constructed of marble and carved wood.

By 1984, it was evident that the building was inadequate for the needs of the time.  The courts were moved to the new 5 story 32.5 million Lee County Justice Center.  The old courthouse stood empty for 4 years.

Beginning in 1988 and lasting for one year,  the building was restored and renovated at a cost of $5 million dollars.

The Old Courthouse currently provides offices for state house and senate members as well as Lee County Commissioners.  The court room is the meeting chamber for the County commissioners.

On March 16, 1989, the Old Lee County Courthouse was placed on the National Register of Historic Places.