Interesting facts about the bridge: 1) It was one of only three pony truss bridges in Chicago with three truss lines; 2) it is 90 feet wide with two roadways 28 1/4 feet wide; there are two pedestrian walks 10 1/2 feet wide; each leaf weighs 1,930 tons.

The main span measures 224 feet.  Structure length is 316 feet.  There is one main span and 4 approach spans.

The construction of the first bridge at this location was delayed by litigation.  It was eventually completed and opened on July, 1861.  It was a swing, wood hand operated bridge.  It was designed and built by Chapin and Howard.  Cost was $7,950.  It was eventually turned down in 1871. 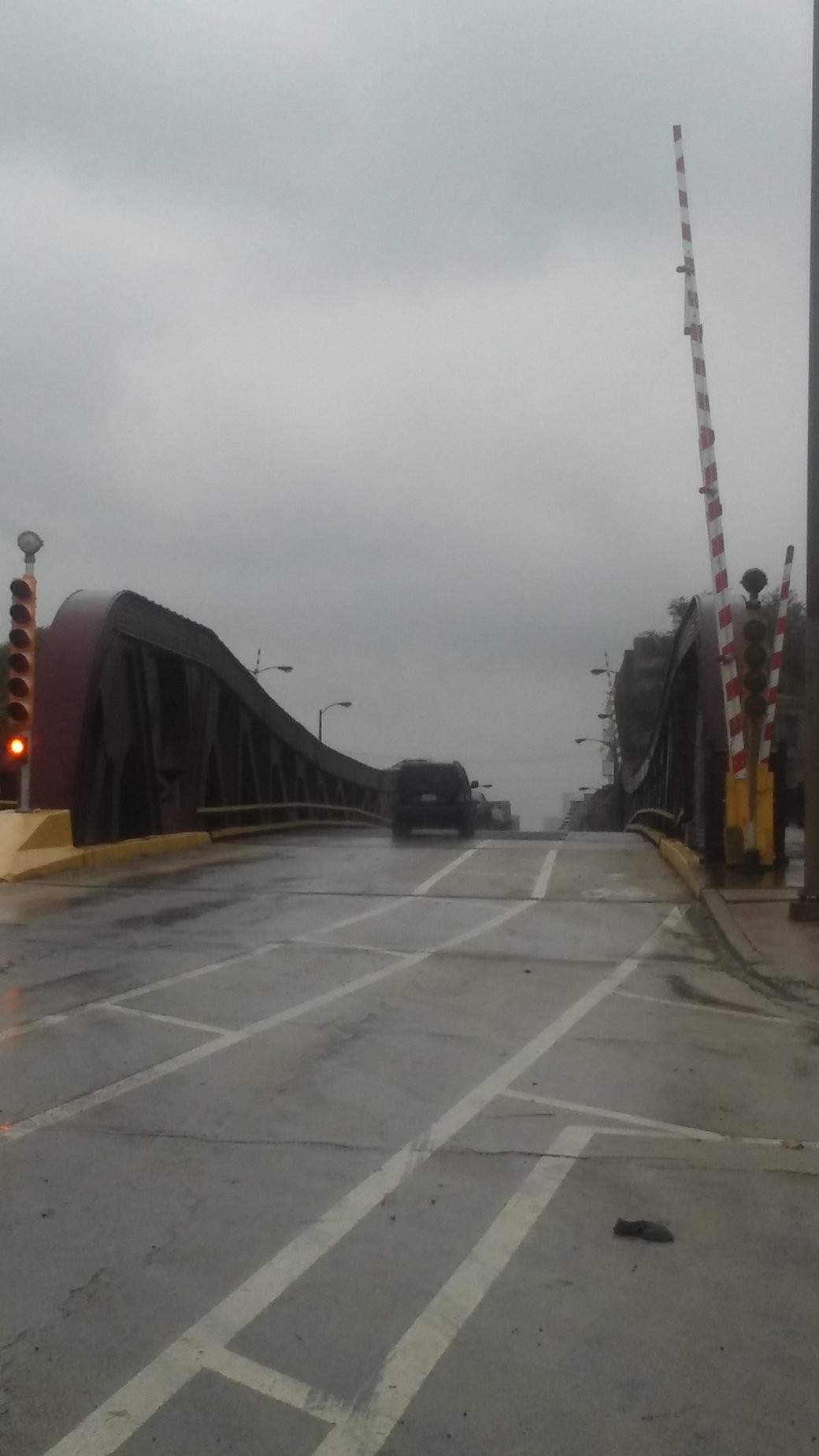 The second bridge at this site was opened in 1872.  It was tubular iron arch swing bridge hand turned..  There was center pier and turntable supporting the superstructure.    This resulted in a 150  foot double arch swing bridge.  It had an 18 foot roadway.  There were two six foot sidewalks.  It was designed and built by the King Iron Bridge Company.  Cost was $17,362.

In 1882, the bridge was severely damaged in a collision with the Schooner B. Wavel.   It was subsequently repaired.

In June, 1892, the bridge met its demise in a collision with the Steamer Tiaga towed by the Tug Gardner.  The bridge was knocked from the turn table and damaged.  The wreckage was removed.

For two years, a temporary pontoon bridge was used at this location.

The city of Chicago was unable to obtain approval for a third permanent swing bridge at the Halsted Street site.  In the planning stages for a replacement, there were significant disagreements among, the city of Chicago, the Sanitary District and the Commissioner of Public Works.  Finally, agreement was reached.  It was a somewhat unusual in that the design selected was virtually untested.  The selection was a Waddell vertical lift bridge–this was to be the first large scale version in the world.

The bridge consisted of 160 foot through truss which spanned the river between two 220 foot high towers  There were steel cables on each side attached to the bridge, running over both towers and attached to the counterweights.  The bridge was powered by two steam engines later replaced by electric motors.

The bridge was plagued by frequent mechanical problems and high cost of operation.  In December of 1931, it was closed and removed by Strobel Steel Construction Company.

While the new permanent bridge was being built,a temporary swing bridge was constructed.   Contractor was John C. Paskins for a cost of $167,169.  The bridge was removed In 1934.

View from the Halsted Bridge.