Extending from the North Avenue region southward  is an old railroad bridge known as the Cherry Avenue Bridge.   The bridge runs north and south over the north branch of the Chicago River to Goose Island (an industrial area).  It is the only railroad access to this region. 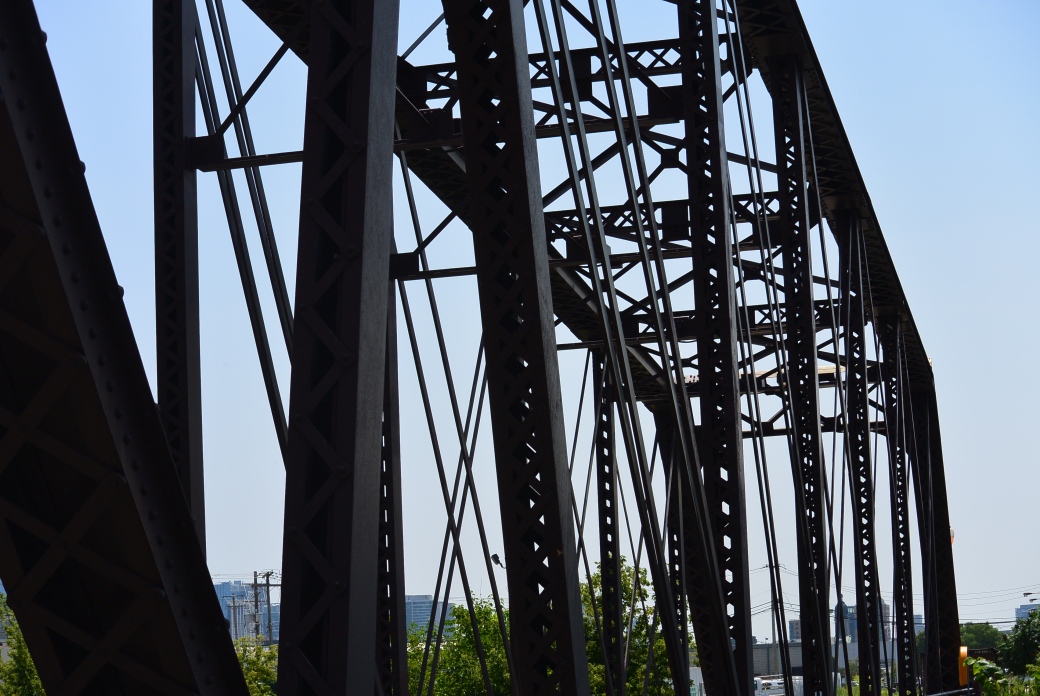 The current bridge was built in 1902.  It was a replacement of a 20 year old bridge.  This bridge was built and designed by the Chicago , Milwaukee and Saint Paul Railroad.  This bridge is an asymmetric bobtail bridge.   There is an  134.5 feet long and 40 feet high Pratt truss arm that spans the channel.  There is a 70 foot arm that carries the 280,000 pound concrete counterweight 20 feet above the track.  The bridge is no longer operational.  When it was functional , it could swing to the east to an angle of 82.5 degrees  The pivet pier is on the shore of the north side.  It contains a single track and at one time also carried motor traffic.

The 70 foot arm that contains the 280,000 pound concrete counterweight

The bridge was purchased by the city of Chicago in in 2008.  It was rehabbed in 2008–9.  New decking and lights were added.  Currently, there is pedestrian access and an occasional train across the bridge.  Near the Goose Island end of the bridge there is a city of Chicago water taxi site.