The present Halsted Street Bridge (800 West; 847 North) runs North South over the North Branch Canal 2.8 miles from the river mouth. This is the third bridge at this site.

The current bridge is a modern replacement of a prior structure built in 1909.  The engineers were HBM engineering group.  The bridge is steel through arch.  During the replacement project in 2010- 2011, the existing superstructure was removed and replaced.  The substructure strengthened and reused for approach spans. New reinforcement concrete abutment on steel piles were used as supports for the main span.  Total length  is 164.4 feet.  There are two lanes of traffic in each direction.  There are bike paths in each direction.The

The first bridge at this site was built in 1874.  It was an iron swing hand operated bridge.  It was 226 feet in length.

The second bridge at this site opened November 4, 1908.  It was a Chicago style double leaf bascule bridge. It was constructed of steel.  It was electric powered.  It was 206 feet long and 60 feet wide. It carries both street cars and vehicular traffic.  The street cars rails were removed in the 1950’s.   In 1911, roadway was paved with sectional wood pavement. In 1916, bridge houses were rebuilt.  In 1931, new floor was installed and several trusses were reinforced. New sidewalks and counterweights were installed.  In 1955, the bridge was resurfaced with open steel grids decking. In the 1990’s, the bridge was converted from movable to fixed.  The bridge houses were removed. 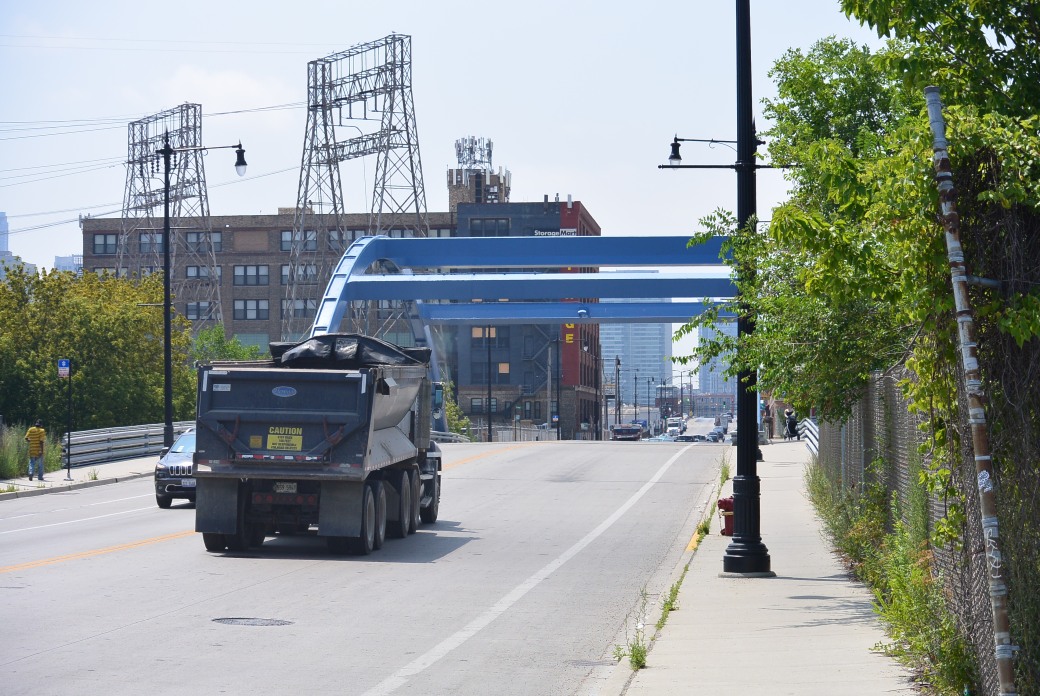 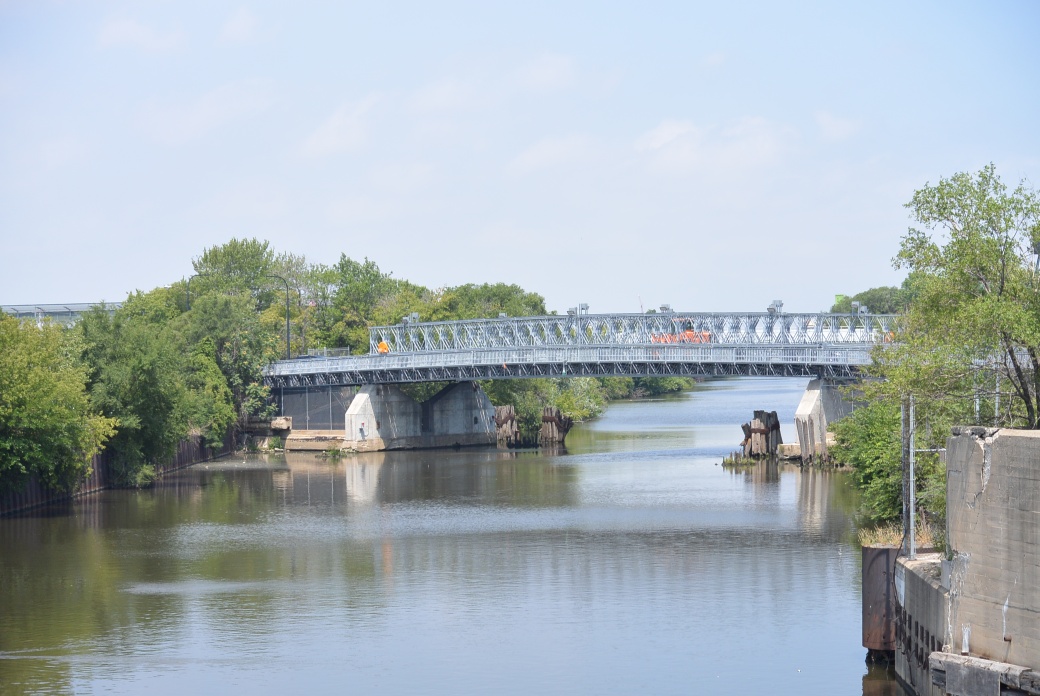 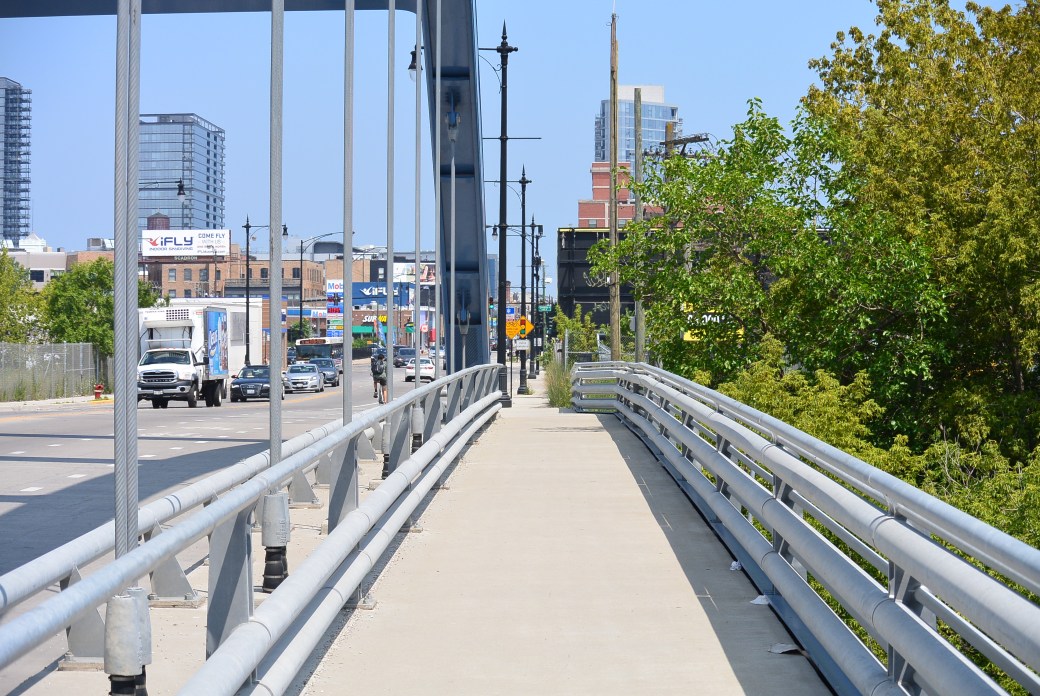