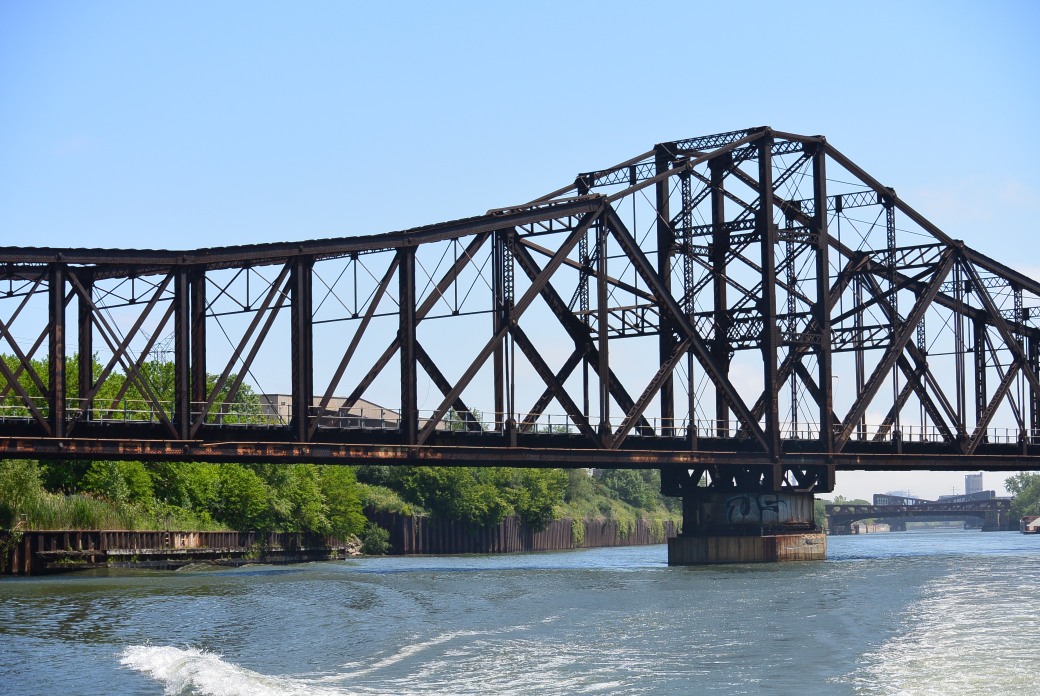 This is a swing  bridge over the Sanitary and Ship Canal. It is the longest on the  ship canal.  It is located between Kedzie Avenue and California Avenue in Cicero, Illinois.   It is also known as the Illinois Central Swing Bridge # 2.  It was built in  1899.  Its design is Pratt through truss.   The sub structure contractors were the McArthur Brothers and Winston and Company.  The superstructure contractor was the Toledo Bridge Company.  It’s cost was $110,644.  The completed bridge was 2,511,140 pounds. It rested on a central pier.  The bridge pivoted on this pier to create navigable channels on either side.

Its length is 479 feet.   Railroads having used the bridge include CN, Chicago Madison and Northern RR., and the Illinois Central Railroad.