The Illinois Michigan Canal at Channahon is an interesting region.  It is at this site that Locks 6 and 7 are located.  The DuPage River crosses the Canal.  During construction of the Canal several options were considered for this region.  First consideration was for an aqueduct to cross the River.   This option was used at other sites of rivers crossing the canal.  However, this option was discarded as too expensive.  Next consideration was for a feeder canal.   This was built.  The contractors were Harris and and Johnston.  This canal extended from the DuPage River near Minooka to the area near Lock 7.  Eventually, this was taken down.  In its place, a dam was built across the DuPage River between the two locks.   A control gate was created adjacent to Lock 7.  This allowed water from the River to enter the Canal.   This set up exists until present time. 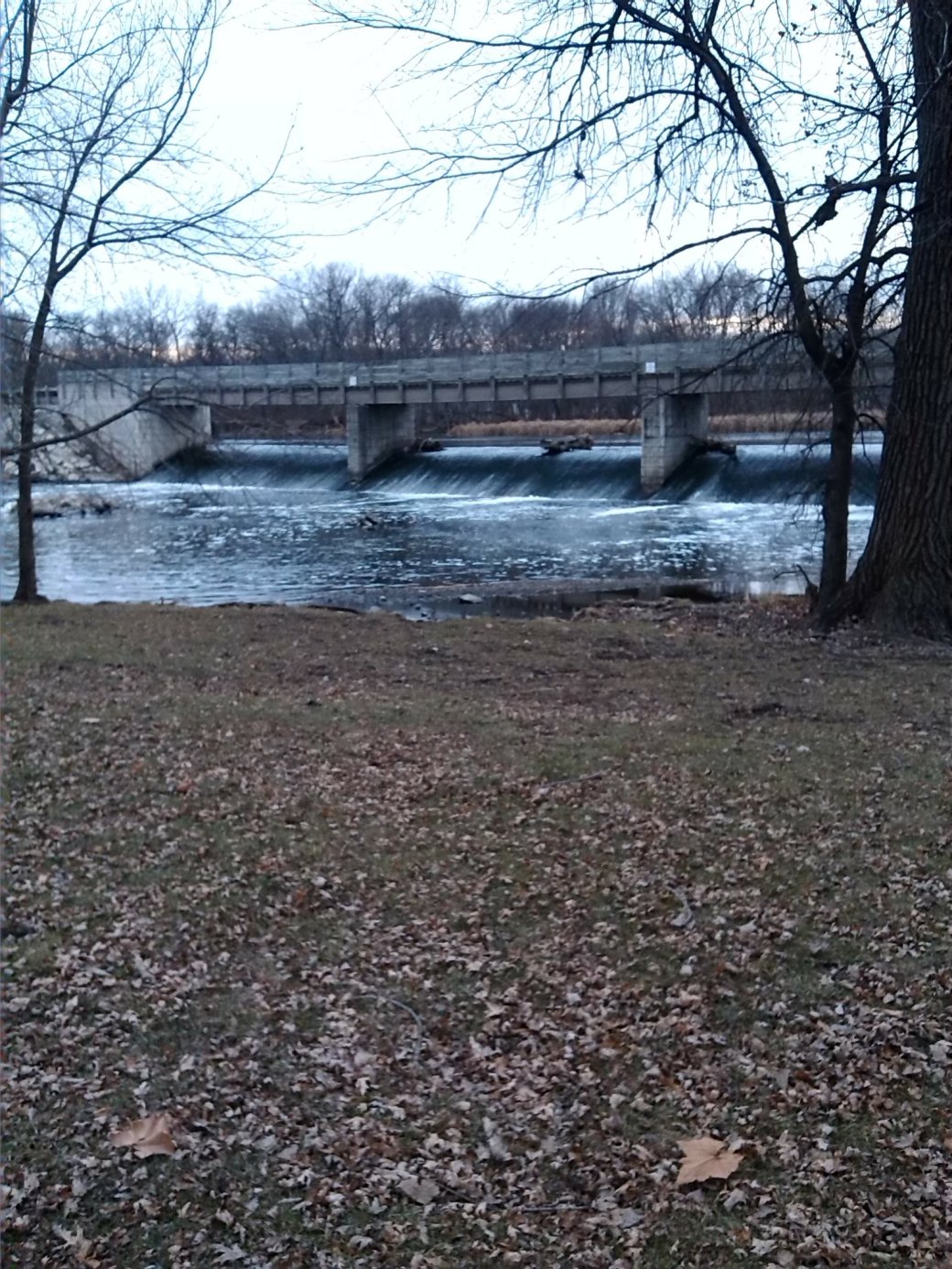 Dam on the DuPage River