In the history of the Illinois Michigan Canal, there were actually two structures known as Lock 1.   There was the Lock 1 located in Lockport.  This was one of the 15 original locks designed by William Gooding, the chief engineer.  The second Lock 1 was located at the junction of the canal and the Chicago River.  This was designed and proposed after the canal ran into financial trouble.  It was needed when the deep cut was abandoned for the shallow cut.

We are discussing the Lockport facility in this blog.  It was one of the first locks constructed ( 1838).  The contractor was George Barnet.  The I and M Canal was 120 feet wide before Lock 1 and 100 feet after.   There was a 40 foot drop between Lockport and Joliet.   This feature made this area attractive for the development of hydraulic power.

Both Lock 1 and Lock 2 were originally 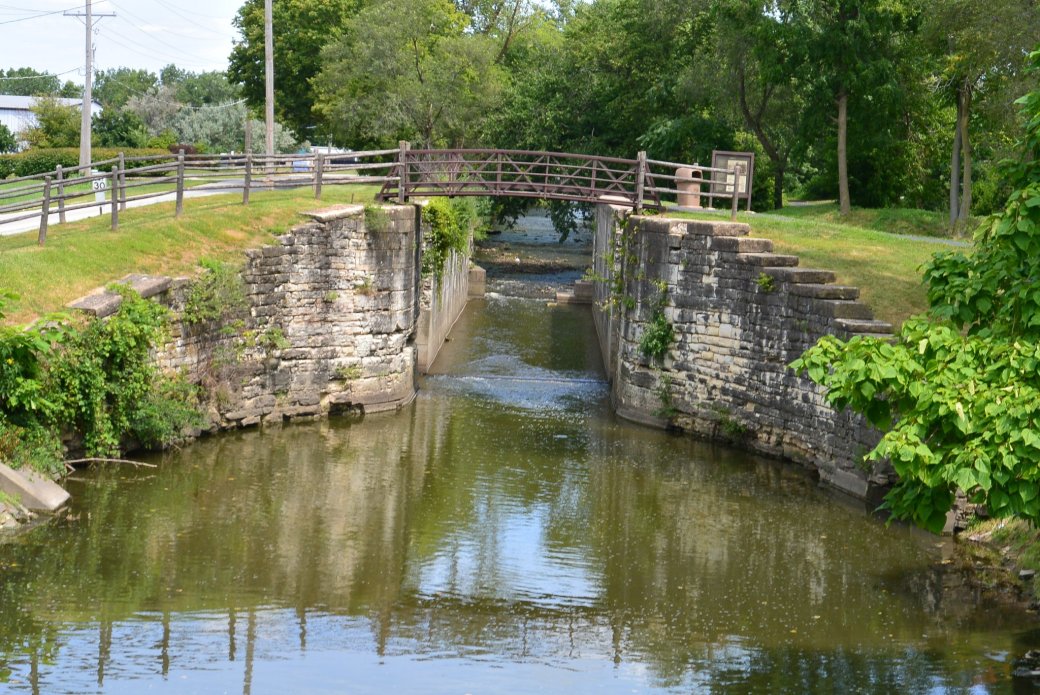 designed to provide lift and hydraulic  power.  Lock 1 had many features in common with the other original structures.  It was 110 feet in length.  It was 18 feet wide.  Its height was 20 feet.  It foundation was on bedrock.  It was covered by wooden flooring.  Its walls were made with locally mined limestone.  The gates were timber.  The lock lift was 10 feet the same a lock 2.

Many of the features were unique because of the hydraulic function of the lock.  The upper and lower wing walls were longer and more elaborate.  There was a bypass channel to the east of the lock. Water was channeled from an opening down a power sluice back into the canal.    This hydraulic function was not operational until the flow in the Chicago River was reversed down the Illinois Michigan Canal in 1871.  The John Marx Tannery used the hydraulic power and operated until the end of the century.

In the 1980’s, the deteriorating lock structure was reinforced.  A concrete floor and retaining walls were constructed.    There are no gates in the lock.  Water still flows through the lock. 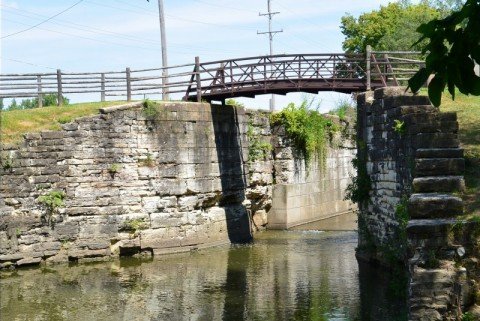