Approximately one fourth mile from the center of Marseilles, on the bank of the Illinois River is the Marseilles Hydro Power Plant.  The facility was built by Northern Illinois Traction Company.  Construction took place between 1906–1911.  The facility was tested in 1913 by C.W. Humphrey (lead engineer) and Daniel Burnham (architect)

The Hydro Plant was operated under a 90 year lease with Marseilles Land and Water Company.  The principle involved in operating the facility was diversion of water from the Illinois River into a channel or race and then into a basement chamber were the water drove wheels. 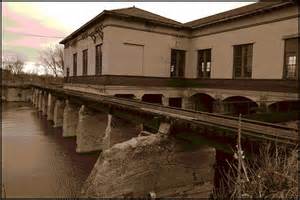 The plant was originally constructed to supply electric power to the interurban electric line   Any excess power could be sold to future customers.  Prior to the plant construction, power to electric trolleys was direct current.  This severely limited the range that the trains could operate.  However, the hydro plant provided alternating current.  This markedly increased the range that the electric lines would operate.  This allowed the establishment of the Chicago, Ottawa and Peoria Electric Line. 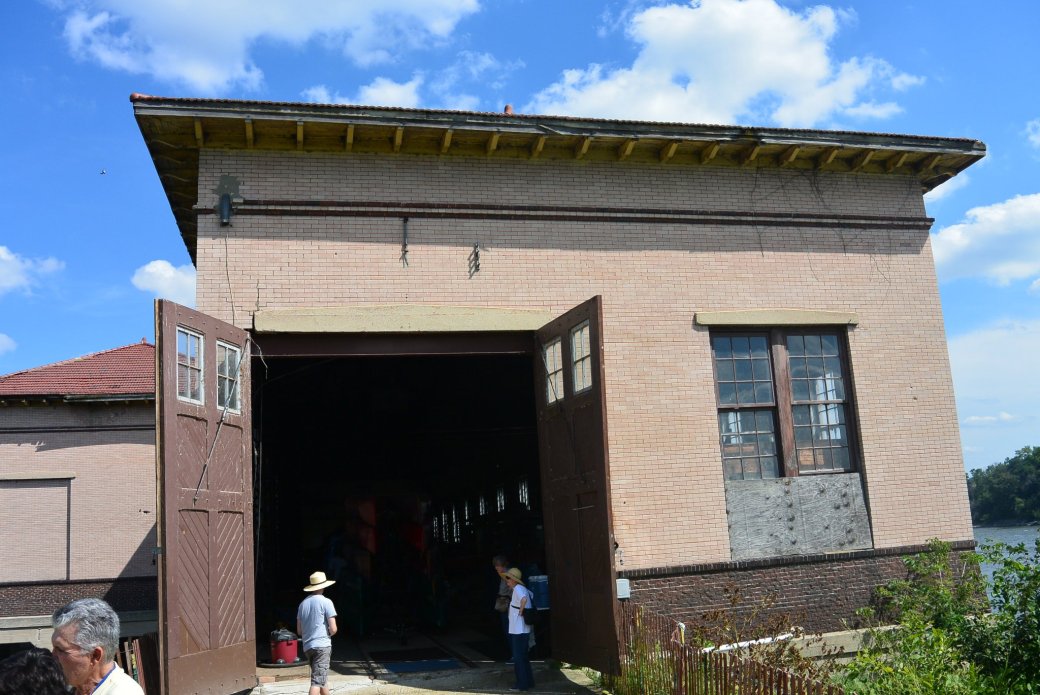 The plant was originally designed for 12 turbines and generators.  However, only 7 were originally installed.  These  provided 400 K watts of power.  The generators were built by General Electric and Westinghouse.  Water wheels were made Laffel and Sampson.  Later generators were upgrade to 1 M watt capacity.

One individual whose ideas had a profound affect on the plant was Nikola Tessla. He was scientist and inventor. He is probably best known for his theories and ideas concerning alternating current. His recommendations for the hydro plant included: alternating current generators; 25 cycle generators for the interurban line; 60 cycle generators for remaining power; rotary converter that would convert the excess 60 cycle power to 25 cycle power during the day when the interurban requirements were high; conversely it would convert the excess 25 cycle power to 60 cycles at night when the train requirements were less.
Units 1,2,3, 6 and 7 were all 60 cycle, 2400V, three phase machines. Unit 4 and 5 were 25 cycle alternating current. Later 2 units were installed in Bay 8 to power two 350 ampere,
125 Volt direct current generators to provide excitation power for the entire plant.
In 1933, the Army Corps of Engineers dismantled the existing dam and built a replacement. This new dam could have had a profound effect on the hydro plant. However Marseilles Water and Land Company negotiated a deal

Interior of the hydro plant

that maintained the water levels at the plant.
In 1934, the interurban electric line was closed permanently. In 1936, the power plant was merged into Illinois Power and Light System. It provided power to the growing electric grid. The Hydro Plant was closed in 1988. The reason given for the closure was that it was too small to be economical.
There have been several unsuccessful attempts to reopen the facility. There has been significant lengthy litigation associated with these attempts.

Forge in the Hydro Plant