McCollum Hall is a 2 story building located at the corner of Martin Luther King Jr Boulevard and a Cranford Avenue in the Dunbar community of Fort Myers. It was built for Clifford McCollum, Sr in 1938. The architect was Frank Bail.

It is actually 2 combined buildings. The external walls are masonry and stucco. The second floor was originally a dance hall 2,500 square feet. There is a raised stage where performers such as Louis Armstrong and Duke Ellington performed in the 1940–1950’s. During World War II, the ballroom served as the USO for Afro-American troops from Page and Buckingham Airfields. Later on, the second floor was used for housing.

The ground floor was divided in 3 providing rental space for various businesses over the years.

Unfortunately over the years, the building markedly deteriorated and was in dire need of rehabilitation. There have been various proposals for renovation McCollum Hall. 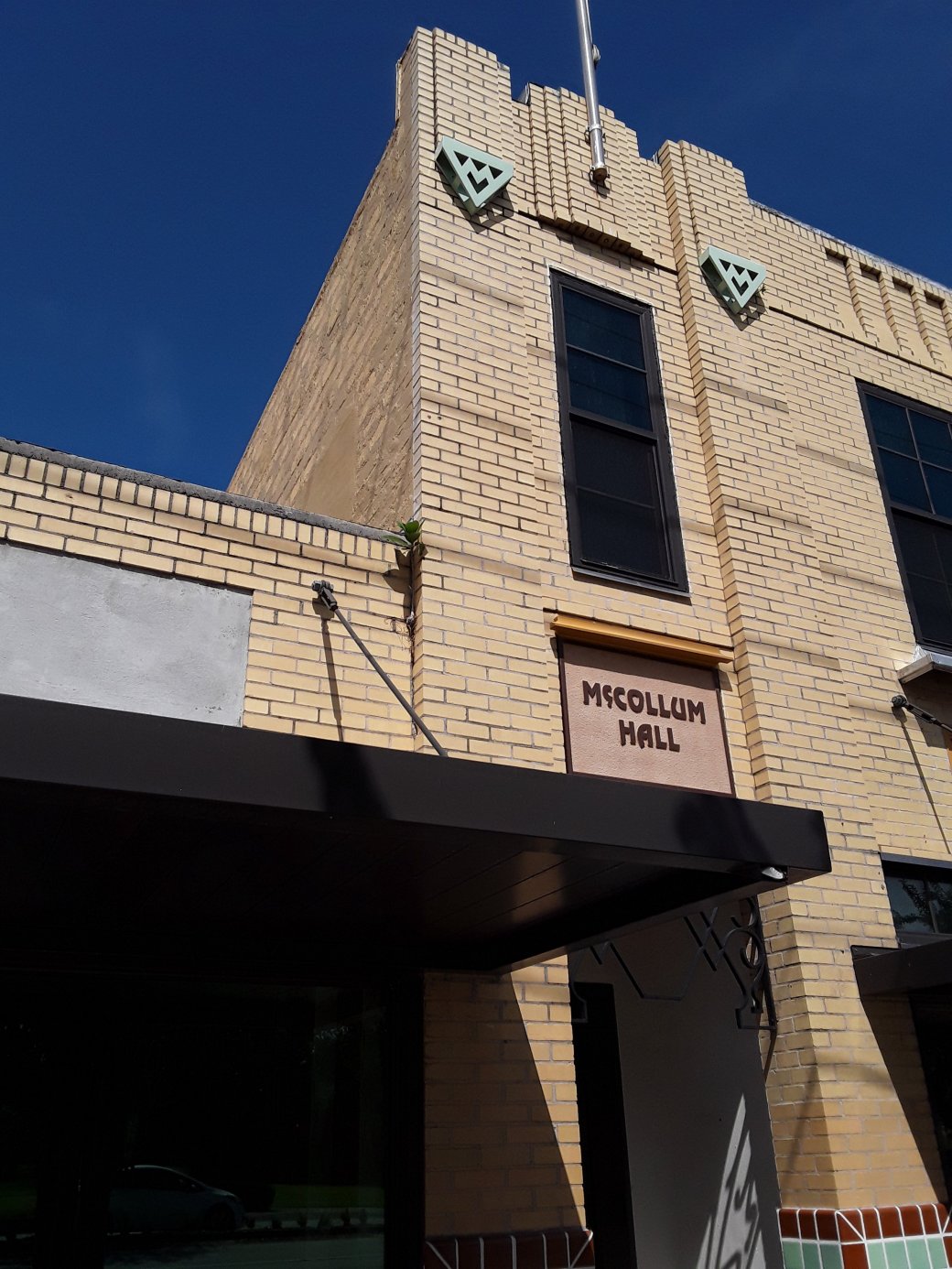