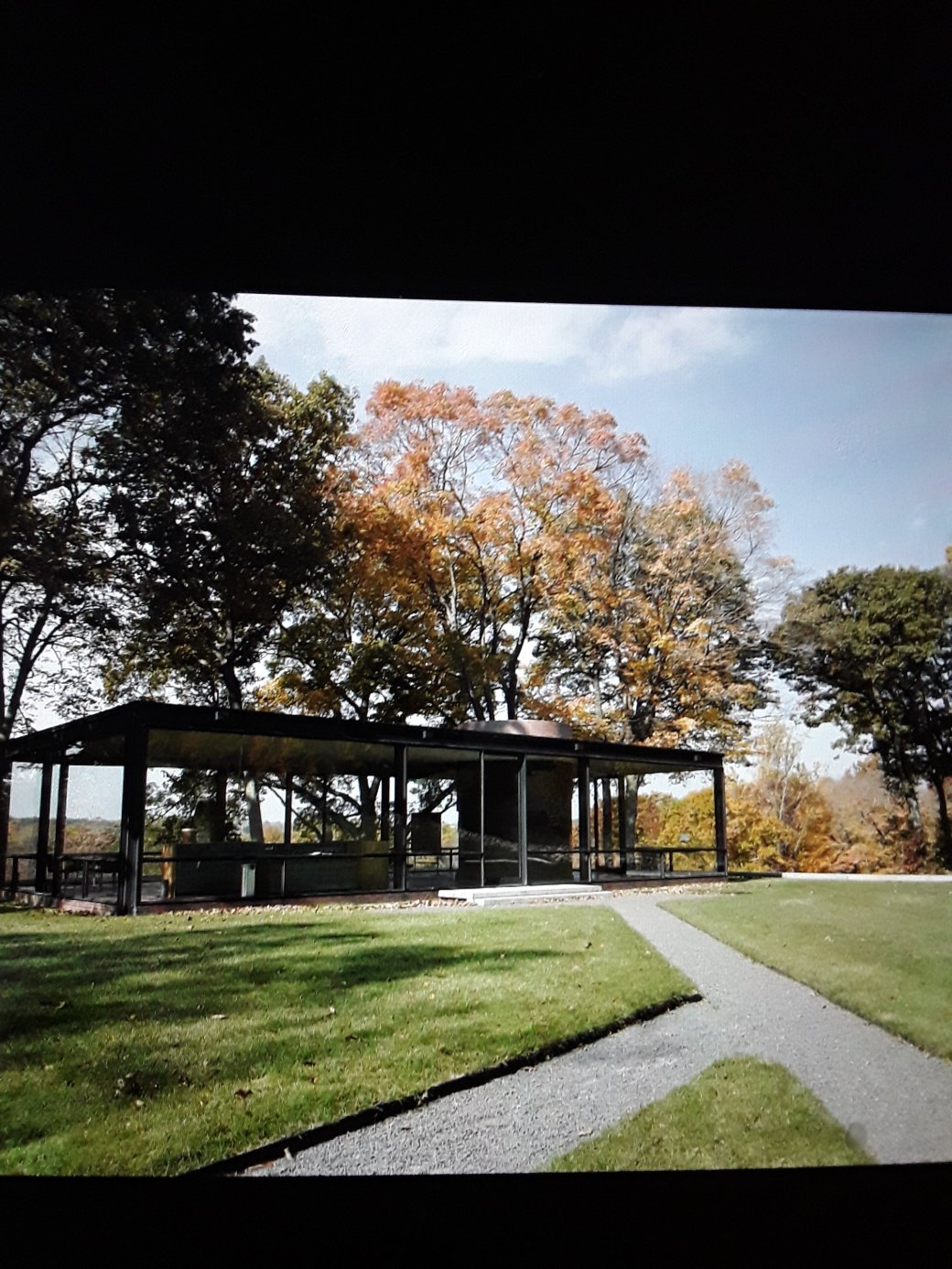 The glass house is a historic house/museum in New Canaan, Connecticut.  The architect was Philip Johnson.  He spent 3 years developing the design.  His inspiration was the Farnsworth home in Plano, Illinois.  This was designed by Mies Van Der Rohe.  The Glass House was built in 1948-9.

The Glass House was a modern style building.  It is 56 feet long; 32 feet in width; 10 1/2 feet high. The kitchen, dining and sleeping areas are in one glass enclosed room.  The interior open space is subdivided by low walnut cabinets.   A brick cylinder encloses the bathroom.

The exterior walls are charcoal painted steel and glass.  The entire estate was 47 acres;later expanded to 200 acres.  In addition to the Glass House are multiple modernistic structures added over many years.

Building listed in the National Register of Historic Places on 2/18/1997.

Upon Philip Johnson’s death, the estate passed to the ownership of the National Trust for Historic Preservation.  The estate opened for visitors on April, 2007.