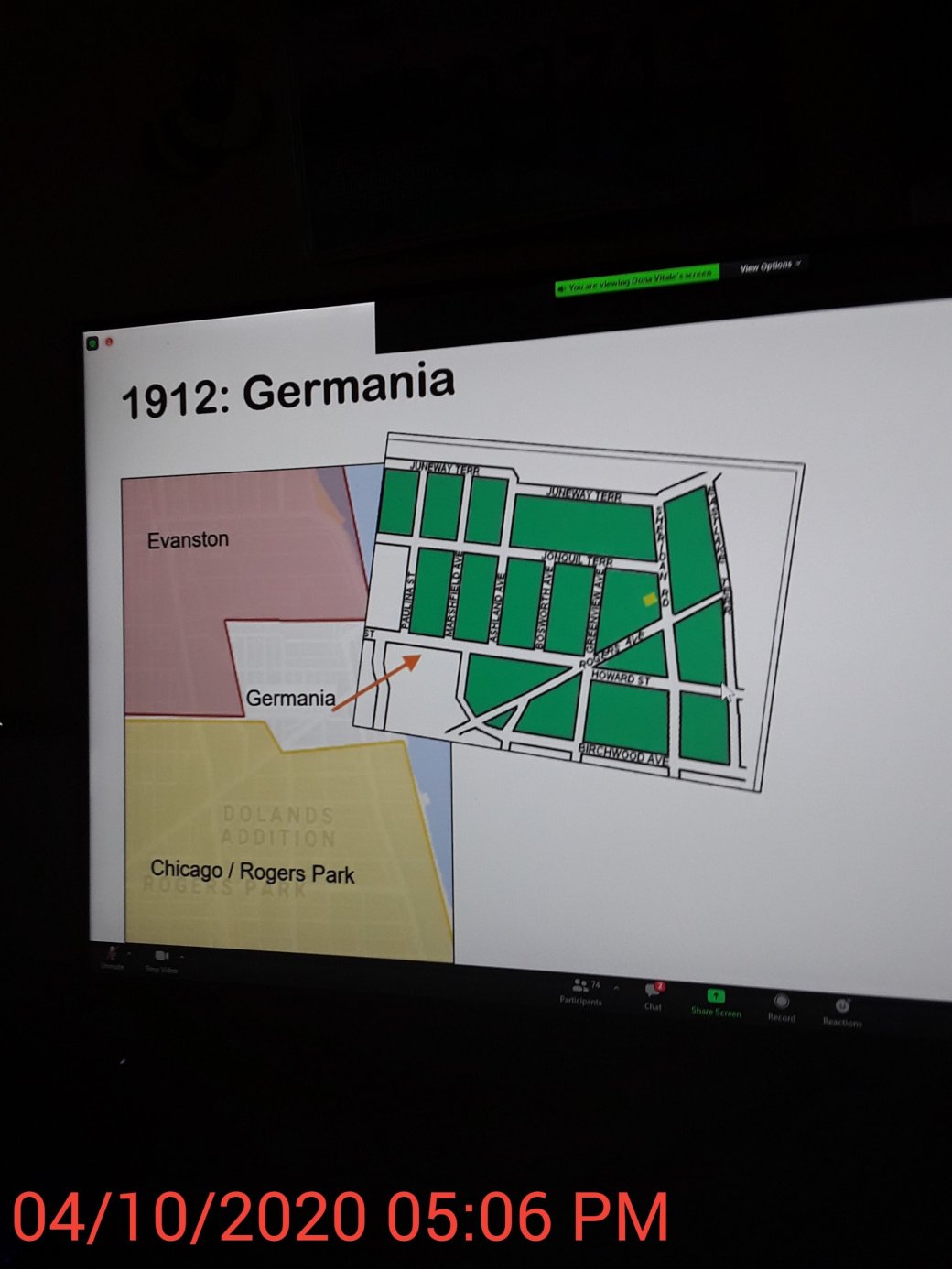 In the early 1900’s, Howard Street was the northern border of Chicago from the Lake west. Germania was an area of Evanston geographically. Its borders were the l tracks to the west Calvary Cemetery to the north and and Lake Michigan to the east. It received its name due to its German population.

The residents of Germania felt disconnected to Evanston. They sought sewer services and electricity. In the early 1900’s, the area seceded from Evanston and was annexed to Chicago. Much of the original housing persists. There are low rise apartments, 6 flats, and single family homes.