Not much is written about the current bridge at this site.    It was apparently built in 1920.  The city undertook a 2.5 million dollar rehabilitation project in 1998.  New lighting fixtures were added.  Railing similar to the original construction was installed.  Pedestrian sidewalks were widened.

The bridge plaque references a bridge reconstruction that took place in 1998. 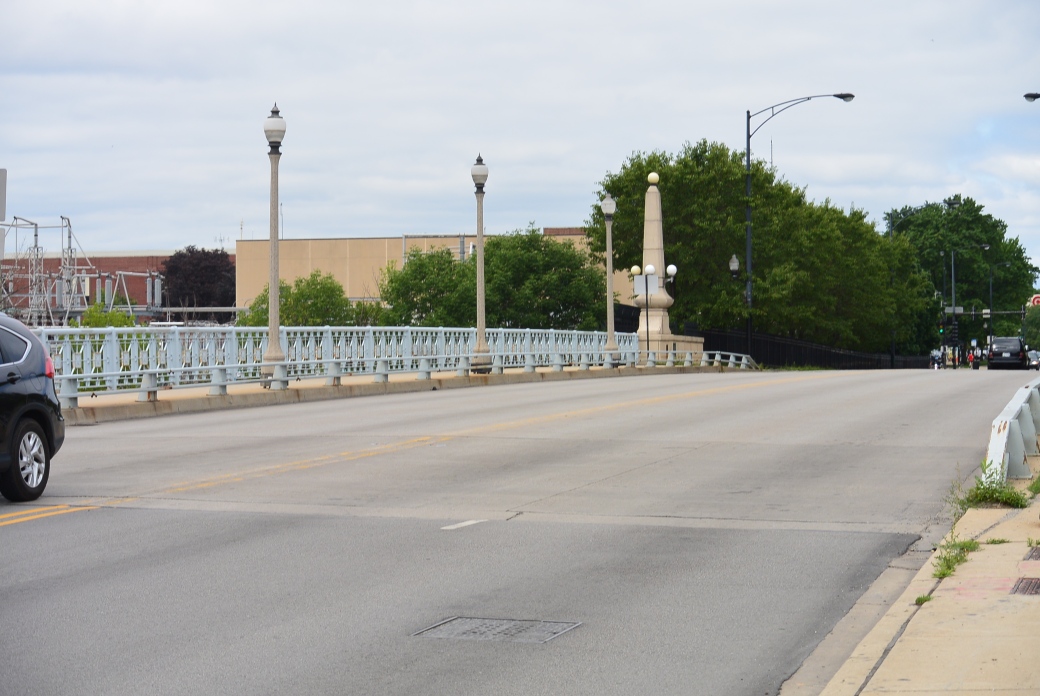 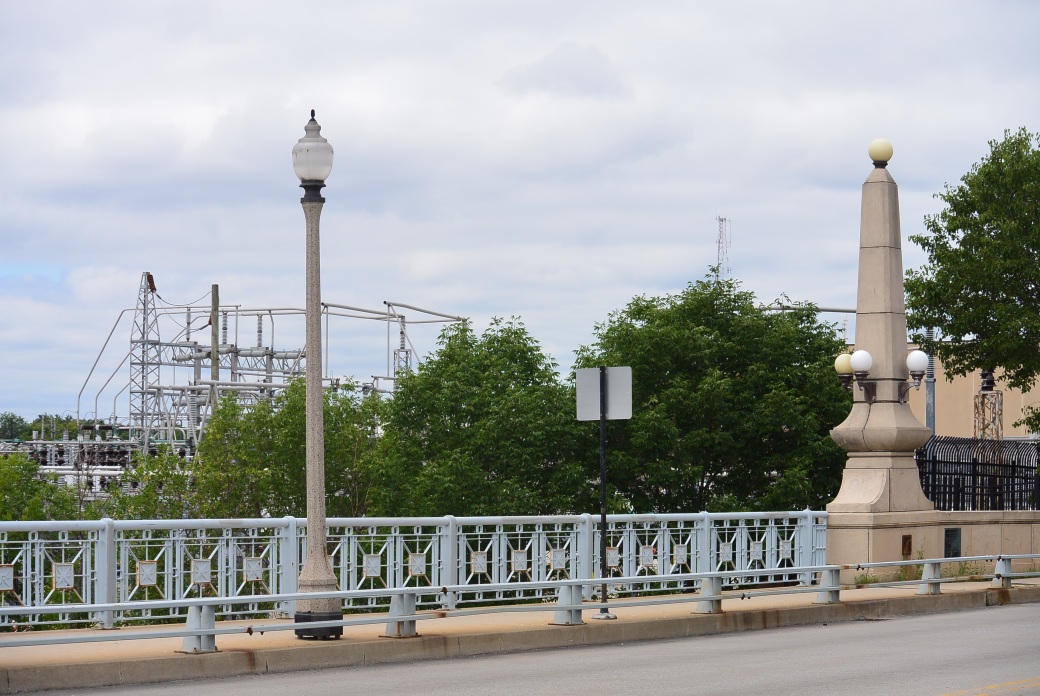 This is a view from the other side of the bridge.

A prior bridge at this site was a lost Pony truss bridge.  This bridge was replaced in 1920