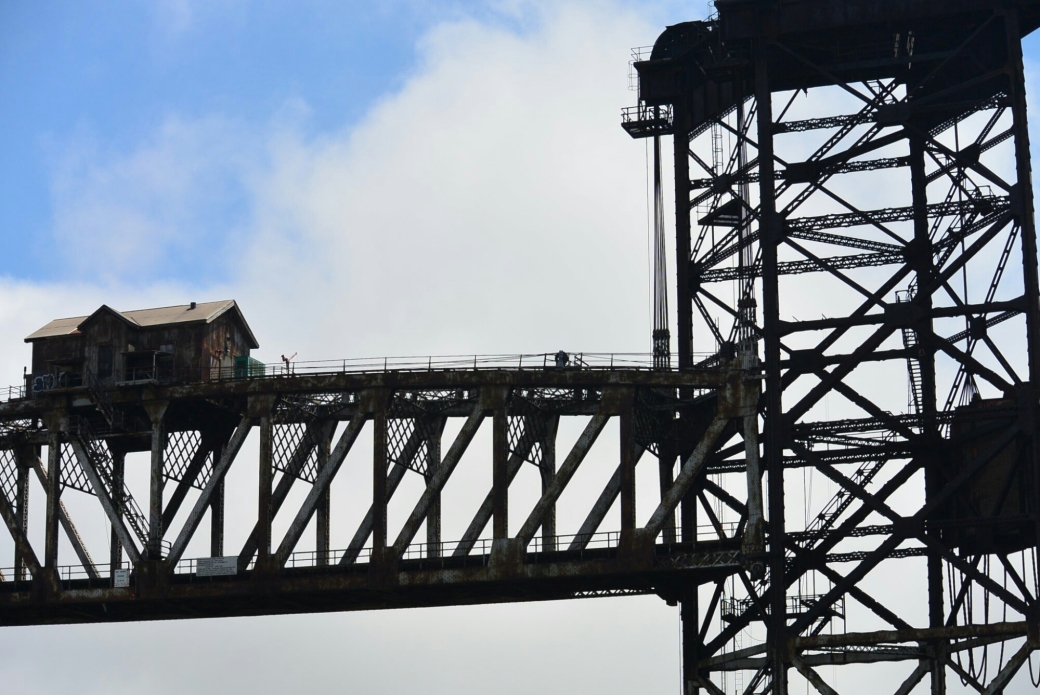 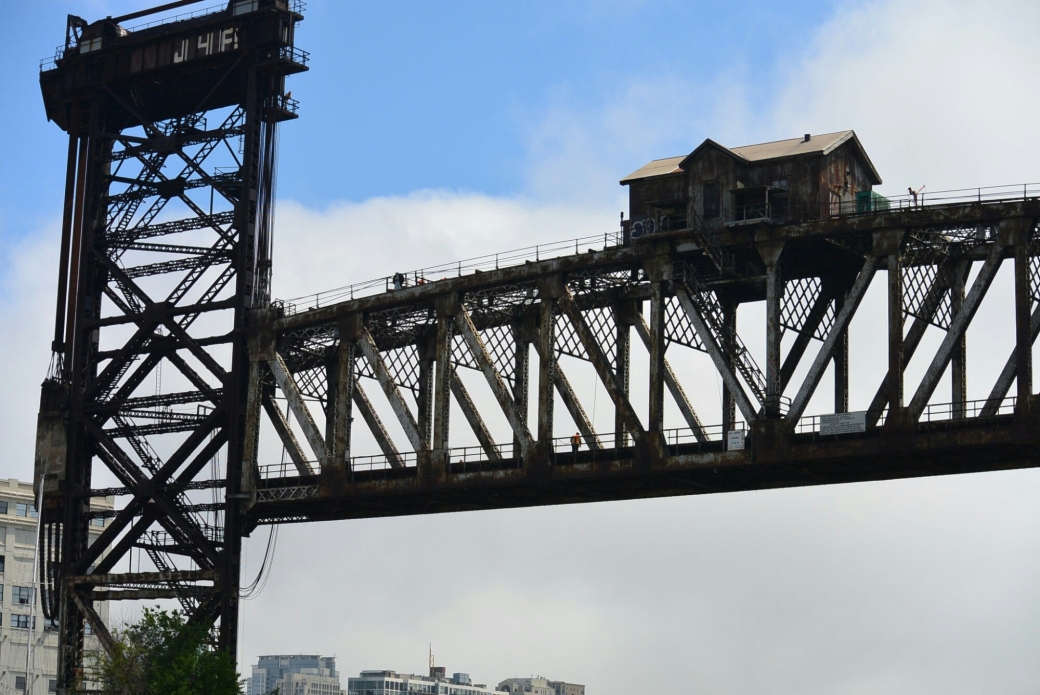 This railroad lift bridge is the only remaining one on the Chicago River.  It was originally built for the Pennsylvania Railroad.  It is located near Canal St.

It was constructed in 1915.  It replaced an existing bridge. It is now operated and maintained by Amtrak.

The bridge was designed by Waddell and Harrington.  Pennsylvania Steel Company fabricated the main span.  This weighed 1500 tons.  It contained two tracks.  It was 272 feet.  The two lift towers were 195 feet in height.  They rested on concrete piers.  The original bridge tender cabin rested on the top of the main spam.  The bridge is now controlled from a location near the base of the bridge.

Much of the information was found in HAER IL–112 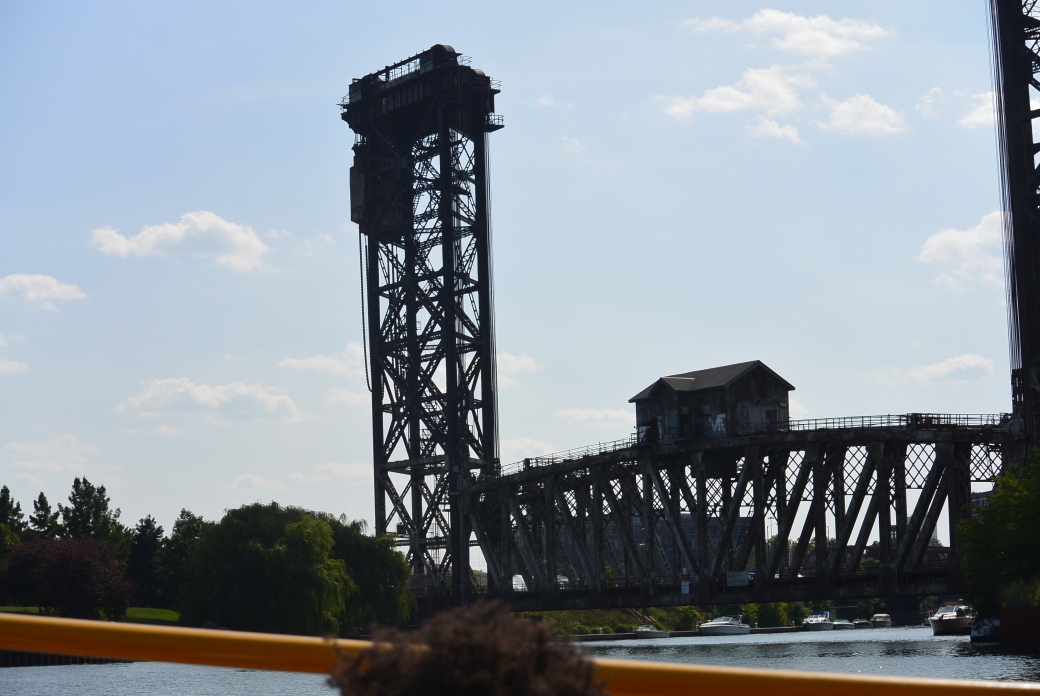